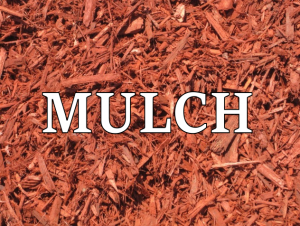 A mulch is a layer of material applied to the surface of soil. Reasons for applying mulch include conservation of soil moisture, improving fertility and health of the soil, reducing weed growth and enhancing the visual appeal of the area.

A mulch is usually, but not exclusively, organic in nature. It may be permanent (e.g. plastic sheeting) or temporary (e.g. bark chips). It may be applied to bare soil or around existing plants. Mulches of manure or compost will be incorporated naturally into the soil by the activity of worms and other organisms. The process is used both in commercial crop production and in gardening, and when applied correctly, can dramatically improve soil productivity.

Many materials are used as mulches, which are used to retain soil moisture, regulate soil temperature, suppress weed growth, and for aesthetics. They are applied to the soil surface, around trees, paths, flower beds, to prevent soil erosion on slopes, and in production areas for flower and vegetable crops. Mulch layers are normally two inches or more deep when applied.

They are applied at various times of the year depending on the purpose. Towards the beginning of the growing season mulches serve initially to warm the soil by helping it retain heat which is lost during the night. This allows early seeding and transplanting of certain crops, and encourages faster growth. As the season progresses, mulch stabilizes the soil temperature and moisture, and prevents the growing of weeds from seeds. In temperate climates, the effect of mulch is dependent upon the time of year they are applied and when applied in fall and winter, are used to delay the growth of perennial plants in the spring or prevent growth in winter during warm spells, which limits freeze thaw damage.

In order to maximise the benefits of mulch, while minimizing its negative influences, it is often applied in late spring/early summer when soil temperatures have risen sufficiently, but soil moisture content is still relatively high. However, permanent mulch is also widely used and valued for its simplicity, as popularized by author Ruth Stout, who said, "My way is simply to keep a thick mulch of any vegetable matter that rots on both sides of my vegetable and flower garden all year long. As it decays and enriches the soils, I add more."

Plastic mulch used in large-scale commercial production is laid down with a tractor-drawn or standalone layer of plastic mulch. This is usually part of a sophisticated mechanical process, where raised beds are formed, plastic is rolled out on top, and seedlings are transplanted through it. Drip irrigation is often required, with drip tape laid under the plastic, as plastic mulch is impermeable to water.

Materials used as mulches vary and depend on a number of factors. Use takes into consideration availability, cost, appearance, the effect it has on the soil—including chemical reactions and pH, durability, combustibility, rate of decomposition, how clean it is—some can contain weed seeds or plant pathogens.

A variety of materials are used as mulch:

Garden compost or well rotted manure is an ideal mulch because it aids plant growth, improves the soil, and help retain moisture. Reapply it every year.

Mulch between mid- and late spring, when the soil is moist and is warming up. Clear all perennial weeds, then after watering or a spell of steady rain, lay the mulch. Cover the whole surface area of beds and borders, rather than mulching around individual plants. You should only need to top it off once a year in spring. Lay organic mulches 4 in (10 cm) deep to control weeds and retain moisture, leaving a gap around the base of trees and shrubs so their stems don’t rot; you can mulch closer to herbaceous plants, but avoid the crowns of emerging plants. Lay inorganic mulches 1–2 in (2.5–5 cm) deep. Organic matter, such as well-rotted compost, makes an excellent mulch for herbaceous perennials. As the growing season progresses, it will gradually rot down and enrich the soil. 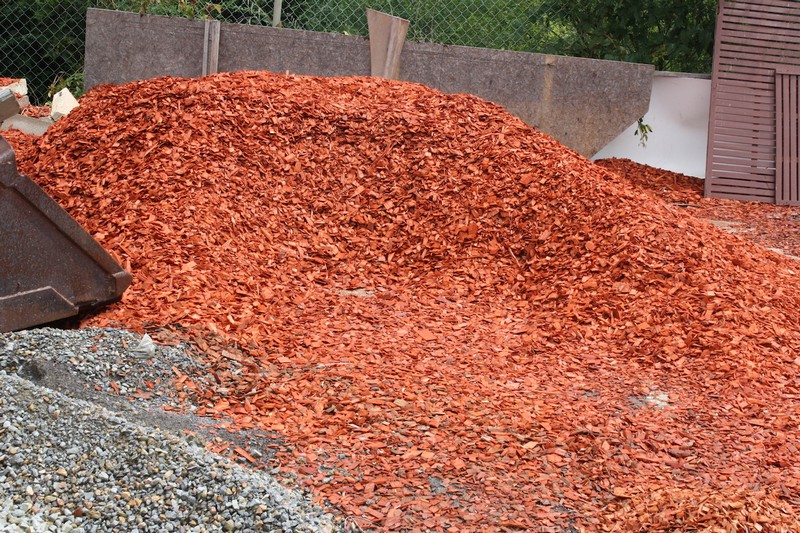