Gravel /ˈɡrævəl/ is a loose aggregation of rock fragments. Gravel is classified by particle size range and includes size classes from granule- to boulder-sized fragments. In the Udden-Wentworth scale gravel is categorized into granular gravel (2 to 4 mm or 0.079 to 0.157 in) and pebble gravel (4 to 64 mm or 0.2 to 2.5 in). One cubic metre of gravel typically weighs about 1,800 kg (or a cubic yard weighs about 3,000 pounds).

Gravel is an important commercial product, with a number of applications. Many roadways are surfaced with gravel, especially in rural areas where there is little traffic. Globally, far more roads are surfaced with gravel than with concrete or tarmac; Russia alone has over 400,000 km (250,000 mi) of gravel roads. Both sand and small gravel are also important for the manufacture of concrete.

Large gravel deposits are a common geological feature, being formed as a result of the weathering and erosion of rocks. The action of rivers and waves tends to pile up gravel in large accumulations. This can sometimes result in gravel becoming compacted and concreted into the sedimentary rock called conglomerate. Where natural gravel deposits are insufficient for human purposes, gravel is often produced by quarrying and crushing hard-wearing rocks, such as sandstone, limestone, or basalt. Quarries where gravel is extracted are known as gravel pits. Southern England possesses particularly large concentrations of them due to the widespread deposition of gravel in the region during the Ice Ages.

The word gravel comes from the Breton language. In Breton, "grav" means coast. Adding the "-el" suffix in Breton denotes the component parts of something larger. Thus "gravel" means the small stones which make up such a beach on the coast. Many dictionaries ignore the Breton language, citing Old French gravele or gravelle.

Gravel often has the meaning a mixture of different size pieces of stone mixed with sand and possibly some clay. In American English, small stones without sand mixed in are known as crushed stone.

Gravel with stones sized roughly between 5 and 15 mm

Sand and gravel separator in a gravel pit in Brandenburg (eastern Germany)
Types of gravel include:

Bank gravel: naturally deposited gravel intermixed with sand or clay found in and next to rivers and streams. Also known as "bank run" or "river run".
Bench gravel: a bed of gravel located on the side of a valley above the present stream bottom, indicating the former location of the stream bed when it was at a higher level.
Creek rock or river rock: this is generally rounded, semi-polished stones, potentially of a wide range of types, that are dredged or scooped from stream beds. It is also often used as concrete aggregate and less often as a paving surface.
Crushed stone: rock crushed and graded by screens and then mixed to a blend of stones and fines. It is widely used as a surfacing for roads and driveways, sometimes with tar applied over it. Crushed stone may be made from granite, limestone, dolostone, and other rocks. Also known as "crusher run", DGA (dense grade aggregate) QP (quarry process), and shoulder stone.
Fine gravel: gravel consisting of particles with a diameter of 2 to 4 mm.
Lag gravel: a surface accumulation of coarse gravel produced by the removal of finer particles.
Pay gravel: also known as "pay dirt"; a nickname for gravel with a high concentration of gold and other precious metals. The metals are recovered through gold panning.
Pea gravel: gravel that consists of small, rounded stones used in concrete surfaces. Also used for walkways, driveways and as a substrate in home aquariums.
Piedmont gravel: a coarse gravel carried down from high places by mountain streams and deposited on relatively flat ground, where the water runs more slowly.
Plateau gravel: a layer of gravel on a plateau or other region above the height at which stream-terrace gravel is usually found.

In locales where gravelly soil is predominant, plant life is generally more sparse. This outcome derives from the inferior ability of gravels to retain moisture, as well as the corresponding paucity of mineral nutrients, since finer soils that contain such minerals are present in smaller amounts.

How to Use Gravel in the Backyard? 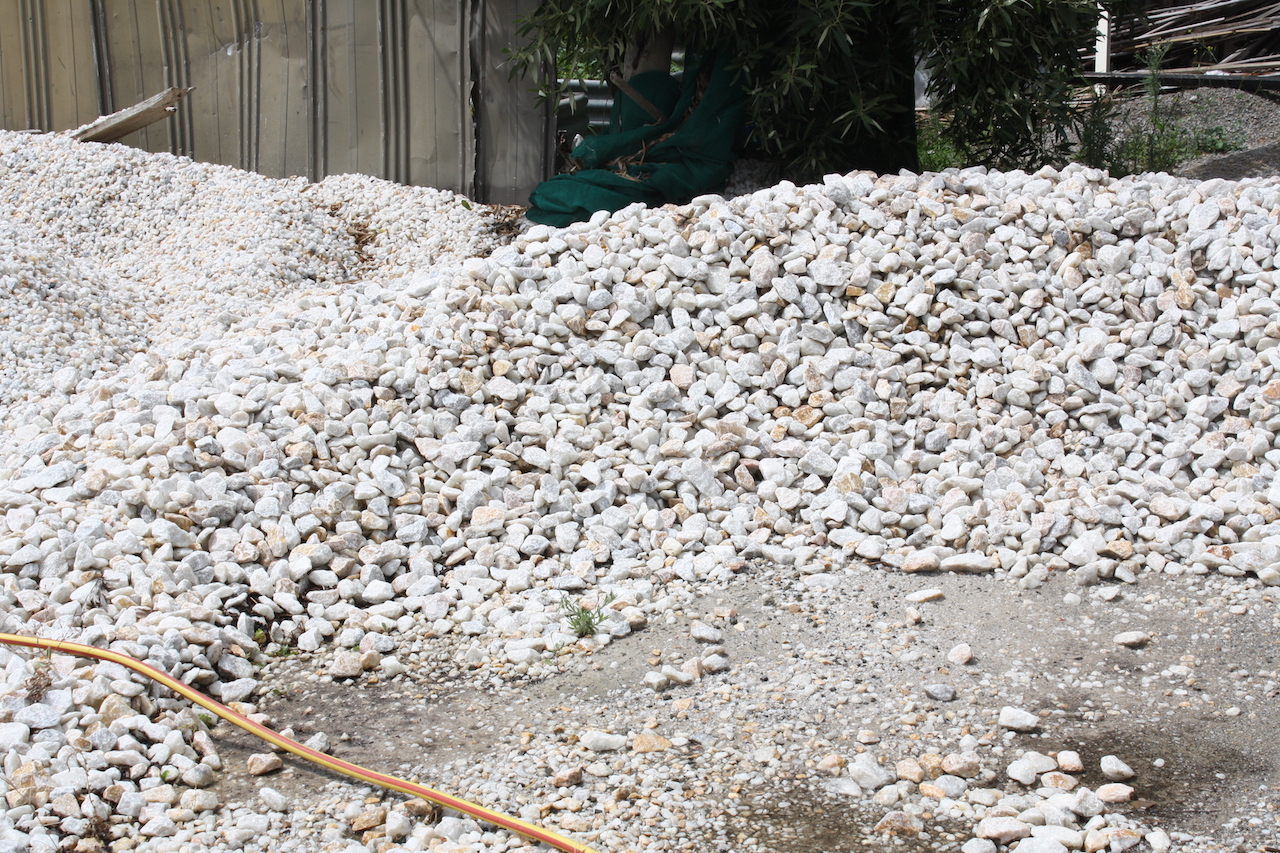 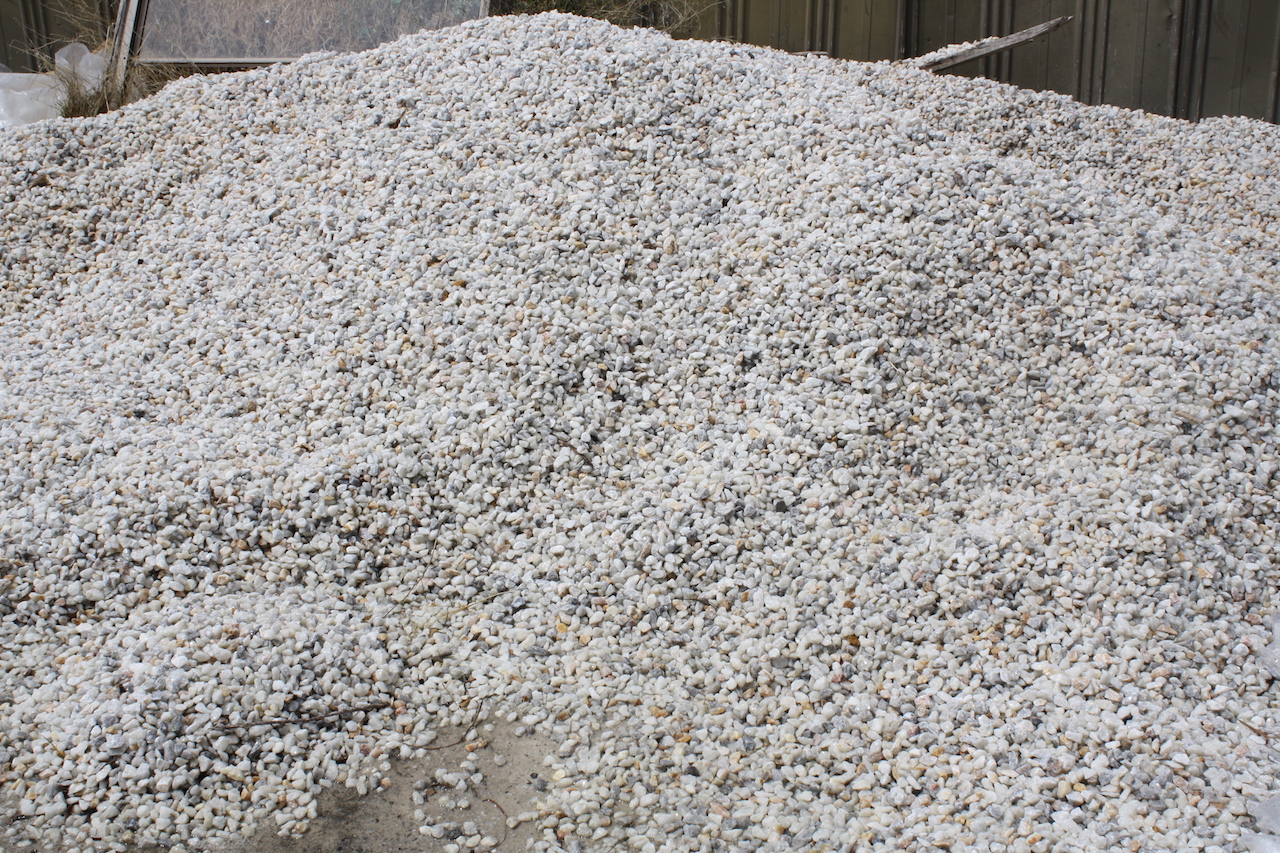